Hiroshi Ikeda Shihan , 7th Dan
​Chief Instructor, Boulder Aikikai, USA
Aikido Shimbokukai, Vice President
Hiroshi Ikeda is founder and chief instructor of Boulder Aikikai. He began his study of Aikido in 1968 at the aikido club of Kokugakuin University in Tokyo. Upon graduation, he trained regularly at Hombu Dojo and at Saotome Sensei's Remeijuki Dojo. In 1978 he moved to the U.S., and in 1980 established Boulder Aikikai. Ikeda Shihan is affiliated to Hombu Dojo through Aikido Shimbokukai, of which he is a Board Member and Vice President.​ He is one of the most sought after aikido Instructors worldwide, and a frequent Instructor at Aikido seminars in the U.S. and abroad. 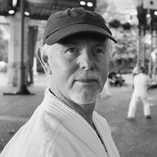 Patrick Cassidy Sensei, 6th Dan
Montreux, Switzerland
Leader, Evolutionary Aikido Community
Dojo Cho, Aikido Montreux
Patrick Cassidy Sensei has been involved in Meditation/Yoga/Aikido for 40 years. He lived in Japan for almost 7 years, studying with Morihiro Saito Sensei in Iwama, and has also been inspired by Robert Nadeau Sensei, Yoshinobu Takeda Sensei and Peter Ralston. His Aikido has been influenced by the 3 years he spent in India, Nepal and Tibet focusing on Yoga and Contemplation.  He currently leads the Evolutionary Aikido Community, is the dojo cho of Aikido Montreux, and leads the Conscious Practice Institute which offers conflict transformation programs for caregivers at psychiatric facilities. 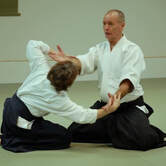 Dan Messisco Sensei, 6th Dan
Aikido Schools of Ueshiba, USA
Dan Messisco Sensei has been training in martial arts since 1964. His martial arts background includes extensive training in both Korea and Japan. While in Japan he trained at Aikikai Hombu Dojo in Tokyo, Japan. Messisco Sensei studied under Mitsugi Saotome Shihan in Sarasota, Florida and under Hiroshi Ikeda Shihan in Boulder, Colorado. He received his Aikikai Yondan in Japan, Godan while studying in Pennsylvania, and Rokudan while in Michigan. 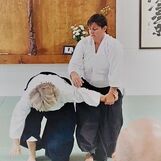